The Kanack School of Musical Artistry is proud to announce that the Bach Children’s Chorus of Rochester will now be a part of our school! 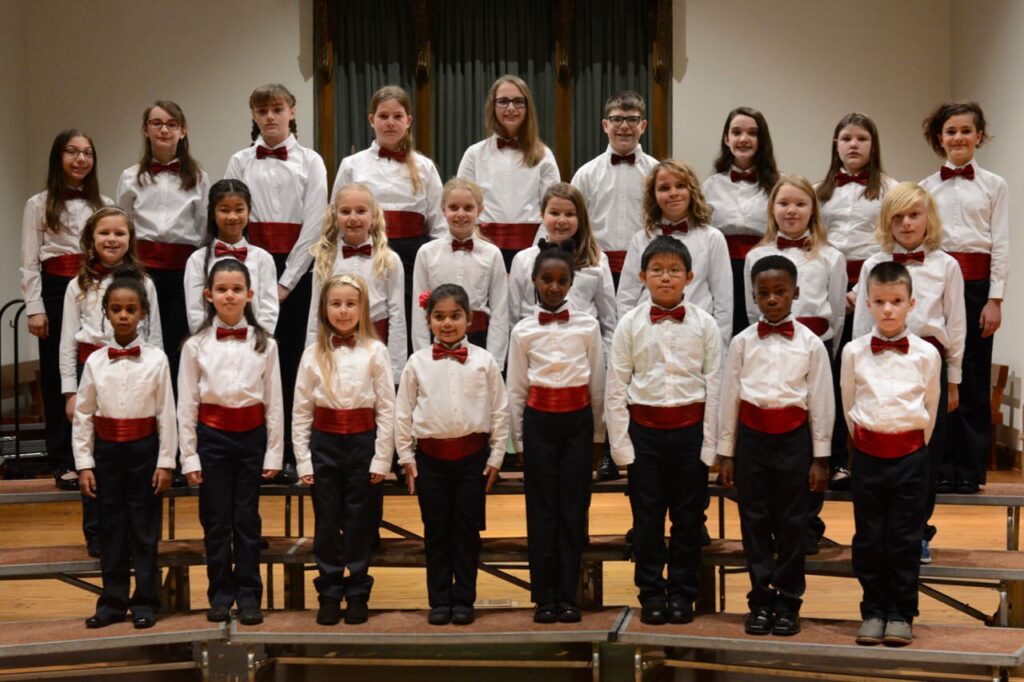 Karla Krogstad, the founder of the BCC, is restarting the chorus at KSMA welcoming current Kanack students and children from the Rochester community.

The Bach Children’s Chorus will meet on Sundays from 3 to 5 pm.   An audition is required for participation.   A student may join the chorus at any point during the school year by scheduling an audition with the director.

A performance schedule will be available here soon!

Have you been accepted into the BCC?
Please complete your registration HERE

Audition Process:  An audition will last approximately 20 minutes during which the child will work with Ms. Krogstad doing vocal warmups, and singing a prepared song (Follow the Drinking Gourd – music and recording below).  If a child does not have time to prepare the requested song, they may sing another song they know. The goal of these auditions is acceptance, not rejection!

Students in the Bach Children’s Chorus receive exceptional vocal training and learn to appreciate many types of music. In addition, students have a wonderful time making friends and interacting with peers who have similar interests. Experiences throughout the year range from formal concerts, to sporting events, seasonal parties, and team-building activities. The children meet weekly for rehearsals throughout the academic year. Rehearsals are Sunday.

In previous years, the chorus toured annually, usually during spring break. The BCC has sung at many exciting venues including the National Cathedral in Washington, DC, St. Patrick’s and St. Bartholomew’s Cathedral in New York City, and in Williamsburg, Virginia. In the spring of 2018, the chorus toured New York City, and in 2019 they visited Toronto, Canada. They have sung at St. John’s Episcopal Church in Lafayette Square, where the Presidents pray before their inaugurations. They have also performed the National Anthem at a Washington Nationals game and for the Rochester Amerks – both in English and in French. In 2014, the chorus traveled to NYC again, to perform with the Rochester Philharmonic Orchestra in Carnegie Hall! The BCC has been the children’s chorus of choice for the RPO and has performed in numerous operas, including Carmen, Carmina Burana, and La Boheme, as well as with the Nazareth College Jazz Ensemble.

The BCC was founded by its current director, Karla Krogstad, in 1989. Over 1,500 students have joined the Bach Children’s Chorus singing family

The BCC concert season was abruptly halted in mid-March of 2020 immediately following the group’s performance in Britton’s War Requiem at the Eastman Theatre. It proved difficult to continue with “regular chorus” gatherings and performing altogether stopped. Then, in the fall of 2020, Nazareth College announced that their Community Music Program, of which the BCC was a member, would remain on hiatus for the 2020-2021 school year. Alas, in the spring of 2021, it was decided to close the Community Music Program down for good, thus ending a 20-year residency at the institution.

It was a surprise, and once again, the chorus needed to rethink and restructure. It has been a bumpy journey, but the group has reemerged in its new home at the Kanack School of Musical Artistry.